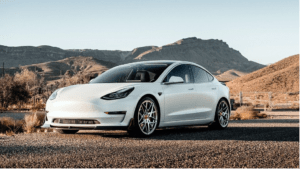 A Tesla Driver from California has been charged with manslaughter following a crash involving the use of Tesla’s self-driving Autopilot system.   According to an article by Business Insider this is the first time a fatal Autopilot crash has led to felony charges for the driver.   However, this is not the first reported incident involving self-driving vehicles.

The family of a Tesla owner who was killed in a crash in the heart of Silicon Valley while driving his Tesla Model X with the Autopilot feature engaged has filed a wrongful death lawsuit against the carmaker, claiming the semi-automated driving feature is defective product and that Tesla should be held responsible for causing the crash.  The now deceased driver, in that case, slammed into a concrete highway barrier on U.S. 101 in Mountain View, California, in March of 2018. The vehicle’s semi-automated system misread lane lines on the road, didn’t detect the concrete median and didn’t brake. Instead, the car accelerated into the barrier, according to the complaint filed in California state court.

In another case, Tesla was sued by the family of a man who died when Tesla’s Autopilot system failed to avoid a truck that ran a red light.   In yet another case, the family of a pedestrian who was struck and killed by a driver operating a 2016 Tesla Model X while operating in Autopilot has sued the car maker for wrongful death.  According to an article by NPR, an estimated 765,000 Tesla vehicles are equipped with the Autopilot system and are being operated on the highways and roadways in the United States.

As these cases play out, we are entering a new era in car accident cases where we are looking at not only the negligence of drivers but also the technology behind the drivers.

In this new era, while no amount of money can undo an injury or bring back a loved one, those injured due to self-driving technology are able to file a lawsuit against BOTH the at-fault driver AND the vehicle manufacturer for making and selling a defective product.

To prove a products liability case, we must prove that:

In cases involving self-driving technology, it is usually argued that the Autopilot system should have done something to avoid a car crash that was about to happen, and it did not do so appropriately.  Thus, the product was defective during its intended use.  Driving.

Also, it is usually argued that the Autopilot system led the vehicle into a car crash and failed to adequately drive the vehicle in a safe manner.

Additionally, it is often argued that the Autopilot, once engaged, will inadvertently lull human drivers into a false sense of belief that the car is driving itself.  The liability is then placed on the manufacturer because the automaker knew or should have known of this propensity of drivers to be lulled and yet has taken insufficient efforts to overcome that tendency and should have properly warned drivers of the risks.

One final argument made on behalf of injured parties in self-driving cars cases is that the “Autopilot” pilot system manufactured and advertised by a Tesla is a false representation of the actual capability of the driving-related system.