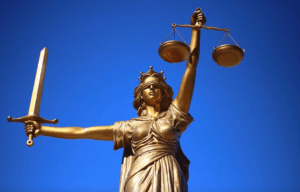 This post continues Coffman Law’s “In the News” series, which focuses on recent headlines and examines the legal issues relevant to current news. This week we look at gun manufacturer Remington’s $73 million dollar settlement with 9 victims of the Sandy Hook Elementary School shooting.

In December 2012 a shooter armed with a Remington manufactured rifle stormed into a Newtown, CT elementary school killing 20 students and 6 teachers. In February 2022, insurance companies for the gun manufacturer Remington have agreed to $73 million dollar settlement with victims of the Sandy Hook Elementary School shooting.

Generally, gun manufactures are immune from lawsuits by a law enacted by Congress in 2005 called the Protection of Lawful Commerce in Arms Act (PLCAA). This federal statute provides broad immunity to gun manufacturers and dealers in federal and state court. The PLCAA prohibits “qualified civil liability actions,” which are defined as civil or administrative proceedings for relief “resulting from the criminal or unlawful misuse” of firearms or ammunition.

There are six exceptions to the blanket civil immunity provided by the PLCAA:

Following the tragedy at Sandy Hook Elementary School, families representing nine of the deceased victims filed wrongful death lawsuits against the manufacturer, distributor, and retailer (collectively, “the Defendants”) of the semiautomatic rifle that the shooter had used—a Bushmaster XM15-E2S. 65  alleging that pursuant to the negligent entrustment exception as well as that the manufacture violated Connecticut state law. The Plaintiff’s argued “Connecticut Unfair Trade Law” which prohibits deceptive trade practices and prohibits advertising that promotes violence or criminal behavior.  They alleged that Remington intentionally marketed its guns to young, at-risk males.  In fact, one of Remmington’s ads featured the rifle using the phrase “Consider your Man Card Reissued”.

The Defendants quickly moved to dismiss the suit in its entirety, arguing it was barred under PLCAA.

In response, the families of the victims of the Sandy Hook Elementary School shooting, argued their lawsuit fell within the above mentioned exceptions.  The case made its way to the Connecticut Supreme Court.   In its decision in Soto v. Bushmaster Firearms Int’l, LLC, 202 A.3d 262 (Conn. 2019), the Connecticut Supreme Court dismissed the negligent entrustment claim, but allowed to the lawsuit to proceed under the argument that the manufacture violated Connecticut state law.

While the settlement is not an admission of liability, it is thought to be the first of its kind awarding major damages against a U.S. gun manufacturer to victims’ families in a mass shooting.   Federal immunity for gunmakers under the PLCAA, remains a formidable barrier to litigation, the outcome in this case has shown a possible legal strategy to circumvent the federal shield.

Be sure to stay tuned to the Coffman Law blog, as we will continue updating our readers on the latest and most important legal news in the areas of auto and trucking law, civil rights, personal injury cases, and more.