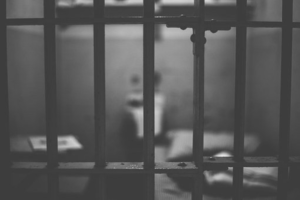 As previously discussed, The PLRA, passed by Congress in 1996, was designed to reduce the number of frivolous lawsuits brought by inmates against prisons and jails and to increase the quality of any lawsuits filed.  PLRA places numerous procedural obstacles on an inmate’s ability to challenge their conditions of confinement or to hold prison systems accountable for injuries they suffer while incarcerated.  The PLRA may have cut down on some frivolous lawsuits by prisoners, but has also more importantly hindered the ability of prisoners to bring meritorious claims and discourage experienced lawyers from taking on these prisoner cases.

The Civil Rights Attorney’s Fees Awards Act of 1976 provides that a district court, “in its discretion, may allow the prevailing party . . . a reasonable attorney’s fee” in suits brought under certain federal civil rights statutes, which of course includes § 1983 civil rights violations.  Essentially, this means when the court finds, that the plaintiff is the prevailing party in a civil rights case, the plaintiff’s attorneys are thereby entitled to recover fees. In non-prisoner civil rights cases the losing party pays the plaintiff’s attorneys’ fees in addition to the amount the jury awards. The statute is designed to encourage litigation against state bad actors by incentivizing attorneys to represent plaintiffs with viable claims, and by assuring plaintiffs that they will not be forced to shoulder the entire financial burden of litigation.

However, Congress, in the PLRA, has placed limits on the attorneys’ fees recoverable on civil rights cases filed by prisoners.

According to the Prison Litigation Reform Act:

1. In any action brought by a prisoner who is confined to any jail, prison, or other correctional facility, in which attorney’s fees are authorized under section 1988 of this title, such fees shall not be awarded, except to the extent that—

2. Whenever a monetary judgment is awarded in an action described in paragraph (1), a portion of the judgment (not to exceed 25 percent) shall be applied to satisfy the amount of attorney’s fees awarded against the defendant. If the award of attorney’s fees is not greater than 150 percent of the judgment, the excess shall be paid by the defendant.

3. No award of attorney’s fees in an action described in paragraph (1) shall be based on an hourly rate greater than 150 percent of the hourly rate established under section 3006A of Title 18 for payment of court-appointed counsel.

4. Nothing in this subsection shall prohibit a prisoner from entering into an agreement to pay an attorney’s fee in an amount greater than the amount authorized under this subsection, if the fee is paid by the individual rather than by the defendant pursuant to section 1988 of this title.

In effect, this statute means that the attorneys’ fees cannot exceed 150% of the jury award. In other words, the statute caps recoverable attorneys’ fees at a below-market rate and insists that these fees total no more than 150% of any damages awarded to the plaintiff. Absent significant injury, damages for incarcerated people are generally quite low, both because they don’t experience lost wages, and because (under the PLRA’s physical injury provision, described in a previous blog post), they often cannot recover more than nominal damages.

The result is that — knowing incarcerated plaintiffs cannot win reasonable attorney’s fees — civil rights lawyers are deterred from taking them on as clients. Civil rights cases are important to society as a whole, but not all lawyers have the time and financial ability to take on these difficult cases. The problem is that any prisoners that do have cases with merit will find it very difficult to find a competent lawyer to represent them, since it is unlikely the lawyer will be able to recover a reasonable fee for his work, even if the lawyer prevails.

Let’s look at an example, a prisoner files a federal lawsuit that goes to trial and wins, but only receives $1.00 in damages from a jury. The attorney would only be allowed to recover $1.50 in attorney’s fees under the PRLA statute.

Even if a prisoner were able to get a more sizable damages award, the PLRA caps the attorney fee award at a below-market rate. The PLRA caps attorney’s fees in prisoner civil rights cases to 150 percent of the hourly rate for court-appointed counsel, which at the time of this writing in 2021 is $155. Thus, the PLRA caps attorney fees in a successful lawsuit to $232.50 her hour.  Compared to the typical attorney rates in most major cities will sometimes be north of $750.00 an hour!!!

Another way the PRLA makes prisoner cases unlike other civil rights cases brought by non-prisoners, is that cases brought by prisoners are the only civil rights cases in which prevailing plaintiffs are required, under the PLRA, to contribute part of their monetary award toward their own attorneys’ fees.  As described above the PLRA requires that any attorney fees awarded to a plaintiff must come out of the Plaintiff’s monetary award (not to exceed 25 percent).   In 2018, the Supreme Court in Murphy v. Smith, 138 S. Ct 784 (2018) decided whether the 25 percent provision described above means up to 25 percent or exactly 25 percent.  The plaintiff, Charles Murphy, was an inmate at the Vandalia Correctional Center, a facility operated by the Illinois Department of Corrections. In 2011, Murphy was assaulted by two prison guards. The attack resulted in an officer crushing his eye socket and leaving him unconscious in a cell without checking on him.  The attack resulted in multiple surgeries and permanent vision damage to one of Murphy’s eyes. A jury awarded inmate Murphy about $300,000 in damages.  The trial judge awarded Murphy’s attorney about $100,000 in fees and allocated 10 percent of Murphy’s damages award to attorney’s fees (about $30,000), with the defendants to pay the rest. The Seventh Circuit reversed the trial judge and held that 25 percent of the judgment in favor of Murphy (or about $75,000) must be allocated to attorney’s fees.  The Supreme Court affirmed the Seventh Circuit Opinion. The Court’s decision, which interpreted the PLRA to require that prevailing prisoner plaintiffs contribute exactly twenty-five percent of their judgment to offset the attorneys’ fees award, heightens the already significant barriers to prisoners obtaining legal counsel.

Be sure to stay tuned to the Coffman Law blog, as we will continue updating our readers on the latest and most important legal news and how the Prison Litigation Reform Act drastically limits the rights of inmates to file lawsuits leaving them, with little ability to seek justice for violations of their constitutional rights.

If any readers or their loved ones have been wrongfully treated while incarcerated and want to assess their legal options, do not hesitate to reach out to Coffman Law. By leveraging his successful track record of helping victims and their families seek justice for over 15+ years and combining that experience with his overall knowledge of the court system in Illinois and Indiana, Owner and Founding Partner Brian Coffman launched his own Civil Rights Practice Group to help free those who have improperly treated by law enforcement. Click HERE to contact our office for a free consultation.