ILLINOIS COURT: City of Chicago cannot be held liable for sexual assault committed by Chicago Police Officer while on duty. 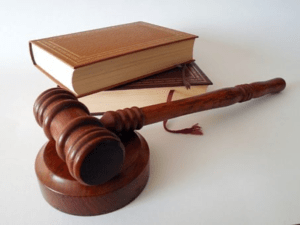 This post begins Coffman Law’s “Police Officer Liability” series, which focuses on telling the stories of and when police officers and their employers may be held liable for actions they commit while on duty and while off duty. This week we take a look at a recent Illinois Appellate Court decision of which held that the City of Chicago cannot be held liable for sexual assault committed by Chicago Police Officer while on duty.

In Illinois, courts look to a variety of factors as to whether and action is committed within the scope of employment.  These factors include whether the action is of the kind the individual is employed to perform; whether it occurs substantially within the authorized time and space limits; and whether it is actuated, at least in part, by a purpose to serve the employer. All three of the factors must be satisfied, or it is not within the scope of employment.

Powell unsuccessfully argued to the court, citing federal cases and cases from other states that held that sexual assault could be within the police officer’s scope of employment since, when the officer assaulted the plaintiff, he was on duty, uniformed, armed, and driving a police vehicle.

Be sure to stay tuned to the Coffman Law blog, as we will continue updating our readers on the latest and most important legal news.

If any readers or their loved ones have been wrongfully treated by police officers and want to assess their legal options, do not hesitate to reach out to Coffman Law. By leveraging his successful track record of helping victims and their families seek justice for over 10 years and combining that experience with his overall knowledge of the court system in Illinois and Indiana, Owner and Founding Partner Brian Coffman launched his own Civil Rights Practice Group to help free those who have improperly treated by law enforcement. Click HERE to contact our office for a free consultation.