Surprising and Dramatic Increase in Automotive Fatalities in 2021 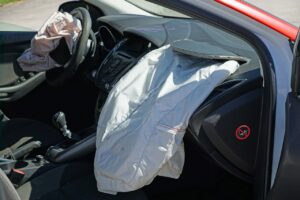 Car accidents are often overlooked as one of the leading causes of death worldwide. Driving a vehicle is an everyday routine for a lot of people, and as a result, people become desensitized to the probability of hazardous outcomes.

Since the pandemic began, the number of automotive fatalities are up by 10 percent from 2020 to 2021.

One would assume that more time in isolation would lead to fewer automotive fatalities, but the numbers don’t lie.

During the first three months of this year, NHTSA said an estimated 8730 people died in motor vehicle traffic crashes. Since there were 7900 fatalities in the same time period in 2020, that represents an increase of about 10.5 percent.

Why are the roads becoming more dangerous?

As we continue the positive momentum against the pandemic, people will begin driving again on a more consistent basis. It’s crucial that all drivers share responsibility on the roads so that we can start trending in a positive direction again.

The firm is led by Owner and Founding Partner Brian Coffman, who has dedicated his career to helping accident victims navigate the legal system and obtain the compensation they deserve for their injuries. If you have been injured or lost a loved one, contact Coffman Law Offices PC today for a free consultation.