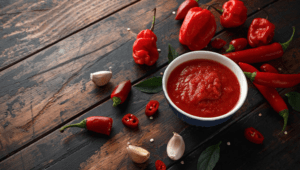 This post begins Coffman Law’s “In the News” series, which focuses on recent headlines and examines whether or not there is liability for the actions of the individuals involved. This week we look at a recent news story in which an Instagram model has threatened to sue Drake for putting hot sauce in his condom.

Recent news reports have reported that an Instagram model accused signer/rapper Aubrey “Drake” Graham of putting hot sauce inside a used condom after a consensual sexual encounter at a hotel. It is alleged after he disposed of the condom, she took it out of the trash and attempted to impregnate herself inside of the bathroom, not realizing what it contained. Allegedly, she went into the bathroom and was heard screaming and physically injured. According to the reports, Drake admitted to the woman that he put the hot sauce in the condom to kill the sperm. The model is now threatening to sue Drake for the pain and suffering. After hearing this story, you may ask yourself – is there any liability here? Can Drake be sued?

In order to allege a negligence action, there are four elements: DUTY, BREACH, CAUSATION, and DAMAGES. One could argue that Drake had a duty not to injure the Instagram model, Drake breached that duty by injuring her, that he caused the injury by putting the hot sauce inside the condom, and that she was in fact injured and sustained damages.

However, the law looks at these types of cases from the reasonable person standard.  Would a reasonable person think that a woman would take out a used condom from a trash can and try to impregnate themselves? In other words, was it foreseeable that the model would remove the hot sauce-filled condom from the bathroom trashcan and try to impregnate herself?

Apparently, an argument can be made that Drake could foresee that to happen because things of this nature have happened before. Why else would Drake have put the hot sauce in the condom if he didn’t think that the Instagram model would go into the trashcan and try to impregnate herself? These questions are often left up to a jury to decide if Drake’s actions were reasonable or were his conduct careless? We won’t know unless a lawsuit is filed and the case goes to trial.

However, we don’t need to rely on hypothetical questions to answer the reasonable person question. There have been many accounts in the past, whether they are true or not, alleging similar situations that Drake now finds himself in. One example, there were rumors that a hotel cleaner in Las Vegas stole a discarded condom from the trash bin in a hotel room occupied by a billionaire, and used it to impregnate herself. It’s rumored she later won a child support battle against the man with who she never had sexual intercourse with.

Besides these internet rumors, there are actual legal cases in which self insemination is alleged, leading to a paternity suit and child support payments. In a case out of Illinois, Phillips v. Irons, involved a Chicago doctor who was forced to pay child support after his girlfriend, without his knowledge, saved sperm from oral sex and arranged to be impregnated with it.  In another case of out of Louisiana, child’s mother filed a paternity suit against the father, who denied having sexual intercourse with the mother.  It was alleged that the mother performed oral sex on the man, made him wear a condom, and then used his sperm to inseminate herself in a nearby bathroom.

Whether or not the model here would be able to prevail at trial or receive a settlement from Drake will depend on the facts of the case and the jurisdiction of the case. It’s also likely, that Drake’s lawyers will argue profusely to have the case thrown out of court claiming that it is without merit. Also, the argument could be made, that the model should have known that the discarded condom was contaminated and that she bears some or all the fault for her damages.

Be sure to stay tuned to the Coffman Law blog, as we will continue updating our readers on the latest and most important legal news.