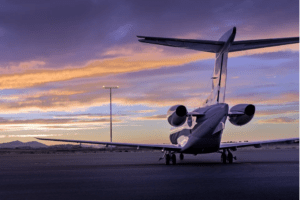 Air travel is a massive industry in the United States, and according to estimates from National Geographic, air travel on an international basis is expected to double in the next two decades. Given the growing size of this industry and the plethora of potential legal liabilities associated with air travel, a substantial body of law has grown out of this area that is appropriately known as “Aviation Law.” Today’s blog focuses on this legal arena by providing a general overview of aviation law and its basic principles. Specifically, this post is divided into a few commonly asked questions and aims to provide straightforward answers so that those injured in aviation-related accidents can fully understand their potential legal remedies.

What is Aviation Law?

“Aviation law” is a catch-all phrase referring to legal issues stemming from an injury that occurred within the aviation industry. It typically concerns activities related to aircraft operations, which could include commercial or general aircraft crashes, aircraft maintenance, air traffic safety, airline security issues, pilot licensing concerns, and more. American aviation-related disputes can sometimes overlap with certain aspects of admiralty law, which usually concerns navigation and shipping through international bodies of water. In most other circumstances, an aviation law claim would be based in negligence law (i.e., the same source of law that governs personal injury and medical malpractice claims), since it would likely argue that an injury was caused as a result of an airline employee’s negligent conduct.

In the United States, aviation law is almost entirely governed by federal statutes. States cannot pass any laws concerning conduct that is already encompassed by an applicable federal aviation statute. However, states may pass their own laws consistent with federal law, or they can pass a law which does not relate to conduct already covered by federal law. Under some circumstances, states may also maintain their own statutes with respect to hours of operation and noise levels at local airports. In general though, nearly all aviation-related legal disputes will resort to federal law.

Are Any Federal Agencies Involved in the Aviation Law Process?

Yes, several federal agencies are heavily involved aviation law space. Most notably, the Federal Aviation Administration (“FAA”) creates and enforces many of the most important aviation regulations in the U.S. Its responsibilities include “regulating civil aviation to promote safety,” “operating a system of air traffic control…,” “carrying out programs to control aircraft noise and other environmental effects of civil aviation,” and more.

Two other federal agencies of note are the Transportation Safety Administration (“TSA”) and the National Transportation Safety Board (“NTSB”). The TSA was created after 9/11 to regulate airport security and screen passengers and their baggage before entering an aircraft. The NTSB focuses on aircraft safety and “investigates every civil aviation accident in the United States…” The NTSB’s role also includes preparing reports on American aviation safety and providing assistance to victims and their family members impacted by aviation accidents.

Are There Time Limits on Filing an Aviation Lawsuit?

Yes. The applicable statute of limitations for a lawsuit stemming from an aviation accident can vary depending on the state in which you are seeking to file suit, so it is best to contact an experienced aviation law attorney to discuss your filing timeline. For example, in Illinois, plaintiffs seeking to file a wrongful death lawsuit related to an aviation crash must file their case within two years of the date of the crash. Other state statutes of limitations for similar claims generally vary from one to three years.

What Types of Evidence Should I Gather Following an Aviation Accident?

It is always helpful to gather certain forms of evidence following any type of injury or accident. This rule applies to the aviation law space as well, but its applicability heavily depends on the type of injury suffered by the victim. For instance, given the severity of an airplane crash, it is typically not reasonable to expect a victim (if they survive) to capture pictures of the crash or their own injuries. However, as a general rule for all injury victims, it will assist your case to preserve (if possible) potential pieces of evidence such as: (1) pictures/videos of the accident scene and your injury; (2) documentation of all subsequent medical treatment related to the accident; (3) copies of any official reports prepared in connection with the accident; and (4) contact information for any potential witnesses to the accident, to name just a few.

If any readers or their family members have suffered injuries as a result of an aviation accident, do not hesitate to contact Coffman Law. By leveraging his successful track record of helping victims and their families seek justice for over 10 years and combining that experience with his overall knowledge of negligence law in the personal injury context, Owner and Founding Partner Brian Coffman launched his own Aviation Law Practice Group to assist those who have been injured in aviation accidents. Click HERE to contact our office for a free consultation.

Coffman Law is Chicago’s leading personal injury law firm and is committed to providing superb legal representation for people who are suffering from severe personal injuries or are dealing with the loss of a loved one due to negligence or misconduct. Coffman Law is results-driven law firm focused on ensuring that clients receive the compassion, attention, and consideration that they need to seek adequate compensation for injuries or loss. The firm is led by Owner and Founding Partner Brian Coffman, who has dedicated his career to helping accident victims navigate the legal system and obtain compensation for their injuries. If you have been injured or lost a loved one, contact Coffman Law today for a free consultation